While Joe and I were in Mexico last week, we left our furry kids at the vet.  We don’t normally do this when we go away but Linkin was on daily doses of Prednisone so we thought it easier to have someone with him every day to give him his meds.  A few months back he was diagnosed with insulinoma.  Ironically, he had a condition that affected his blood sugar, only in his case it was too low.  Unfortunately this is something that is very common among these pets.  He was doing well on the daily meds until a week or so before we left for vacation.  He had lost some weight and wasn’t eating normally.   A call to the vet resulted in an increased dose of the steroid for him.  When we dropped him and Dakota off the day before we left, we pointed out that he should be looked at by the vet while boarding there.

Fast forward to our third day of vacation when we got a message from the vet that Linkin had a seizure.  When I spoke to her, she told me that his blood sugar dropped overnight to 20 mg/dL causing him to seize and that he was still unconscious﻿﻿.  She wasn’t sure of his prognosis but there was a chance he wouldn’t make it.  A few hours later when I called back we found out he had just passed away.  I cannot tell you how hard this was being so far away from home.  It definitely put a damper on our time away.  And we didn’t get the chance to say a real goodbye to our little old man 😦  It’s crazy how attached we get to our pets.  On the one night we had without them at home before we left, it was so quiet.  Too quiet.  We laid him to rest when we got home and the only comfort we have is that he is now playing again with his brother Elvis, who we lost only 13 months ago. ﻿ 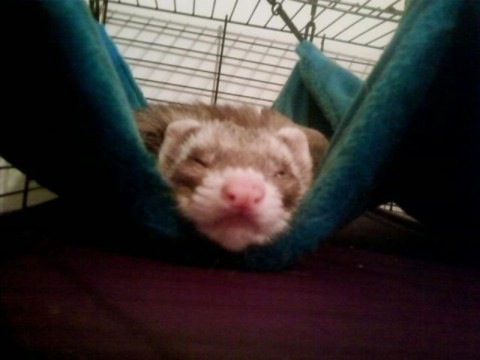 6 thoughts on “Another Loss.”